Our popular contributor Kara-Leah shares her experience of a 7.1 magnitude earthquake, which she experienced in September 2010, in Christchurch, New Zealand. 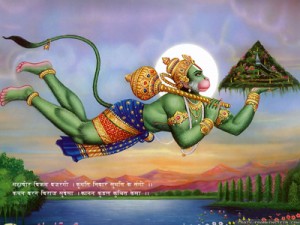 Once upon a time – 2010 to be exact – I attended a Yoga Workshop in Christchurch with Noah Maze. The workshop was all about shaking up our concepts of reality, purpose, values and life.

Only in this workshop, Heroes and Heroines: Stories and Practices of Yoga, it wasn’t the teachings nor the practice or even the teacher doing all the shaking, it was the earth herself.

On Saturday morning, at 4.35am… just hours after a stimulating two hour practice to kickstart the weekend underpinned by the mythology of Hanuman the Monkey God… a 7.1 magnitude earthquake centred just 30kms west of Christchurch shook us all awake.

My reaction was instantaneous – growing up in New Zealand, you know what to do when the earth shakes.

I grabbed my 10 month old baby out of his cot and bolted for the closest doorway, falling over in the process, so strong was the shaking. I was joined in the doorway opposite by my sister and we stood, waiting for it to stop, waiting to see if it worsened, adrenaline pumping, ready to take the next step if the walls started cracking and the roof caved in – as it did in some homes and businesses across the city.

In that moment of shaking, all my carefully laid plans for the weekend went out the window.

Fear filled the pit of my belly as I desperately wished my then-partner was with my child and I as a deep sense of insecurity and vulnerability arose from within. When the earth beneath you shakes there is no-where to go, no-where to run, and no-where to hide. The only choice is how to be with it, and with the feelings and sensations that arise in that moment.

It was a practice that continued all weekend long. The workshop’s Saturday morning session was canceled but by the afternoon we had all gathered again (albeit with no running water nor sewerage) to do another practice underpinned by a different myth.

Every time the earth shook again there was an opportunity to observe our habitual responses to fear – the automatic tensing of the body, the pulling up and away from the earth, the thoughts unleashed in the mind.

And the earth did keep shaking… on and on and on again. Some aftershocks were in the 4s, some in the 5s, and one even in the 6s. When the earth wasn’t shaking, she was rolling. It seemed at times like stillness was the exemption, the remarkable thing.

When I drove four hours south after the weekend, to my home town of Dunedin, I felt like I’d stepped off a boat and on to solid land for the first time all weekend – like I was the one now rocking and rolling. It was such a relief not to have to feel the feelings brought on by that constant shaking. Yet at the same time, having that experience was such a gift and I am so grateful that I was in Christchurch for this weekend.

The shake, shake, shaking reminded me that life is inherently insecure, unknown and forever changing.

The freer we are as people, the more able we are to ride the waves of uncertainty with grace. The more attached we are to things and identities and people and roles, the deeper we are in the drama of it all and the more we suffer.

Watching the news when I came home to Dunedin, I was again reminded that media exists not to just report on life but to create drama. It’s choosy about the pictures that are shown, the people that are quoted, the sound bites played. The story we see in the media is just that – it’s a story we choose to tell ourselves about what we experienced. The media’s representation of the earthquake was far more chaotic and disaster-filled than my experience.

Yes, destruction, mayhem and chaos was a part of what happened. Yet there was much to be grateful about Saturday morning’s quake.

It happened at 4.35am, when the city was mostly asleep, and not a single person died as a direct result of the quake – a blessing when you consider that this Christchurch quake was bigger than the Haiti quake by .1. (And in stark contrast to the 6.3 magnitude aftershock in February which killed hundreds of people.)

Immediately after the quake, people were out in the streets, checking on their neighbours, making sure everyone was ok.

My sister and her partner barely stopped to check on any damage in their house before going door knocking and checking in with everyone.

New Zealand’s earthquake building standards also meant that damage to buildings – while dramatic where it happened – was minimal. The cellphone networks coped with the huge surge in demand as people texted and called and facebooked and connected with friends and family. The phone lines didn’t go down either.

That morning in the city, there was a sense of shared experience. People smiled, said hello, exchanged stories, inquired after each other. The artificial boundaries that keep us separate and in our own little ruts of daily life had been broken down. There was a sense of connection, of aliveness, an understanding that when the shit hits the fan, we’re all in this together.

I didn’t see this story of gratitude, wonder and connection in the media at all – and yet it exists, we can choose to live it.

The post-earthquake workshop yoga session revolved around hearts of courage as we explored backbends. I went into the session feeling raw, vulnerable, insecure, needy, uncertain. Two hours of finding the courage to bend back, go back, let go, release, surrender trust and open changed all that.

For me, this represented the integration of masculine and feminine within. When we’re too rigidly male, we’re over-powering, controlling, hard-lined and impenetrable. When we’re too softly female we’re weak, passive, wishy-washy and yielding. But when we step into both masculine and feminine within, we are able to be open, playful, receptive and vulnerable while still maintaining strength, action, purpose and direction. We can both give and receive, and we know which one is appropriate for the moment.

This marked shift in my feeling-state as a result of doing a yoga practice reminded me too that yoga is a powerful tool of transformation that we can use to come into our fullest expressions of potentiality as human beings.

Attending this workshop with Noah while the earth shook, rattled and rolled was exactly what I needed to be able to stay present to the experience, scary feelings and all.

It taught me about fear, and about courage.

It taught me about the difference between control and strength.

It taught me how to be open and feel while also still being strong and powerful.

It’s my hope that this feeling is something I can… not hold on to… but be mindful of in a day-to-day way.

Because after all, as Samuel, my now four year old son radiates to me every morning when I walk into his room:

Ten Gifts to Buy a Friend That Meditates