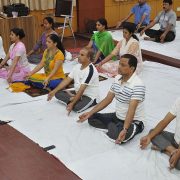 Of the many wonderful pranayamas that Yoga gives us, Kapalbhati (aka Kapal Bhati) is one of my favorite breathing exercises.  It is not at all complicated to do and yet, when done even for a short time consistently, it’s benefits are undeniable.  If there was only one pranayama that you elected to do, Kapalbhati might well be the one to pick – it’s that good! 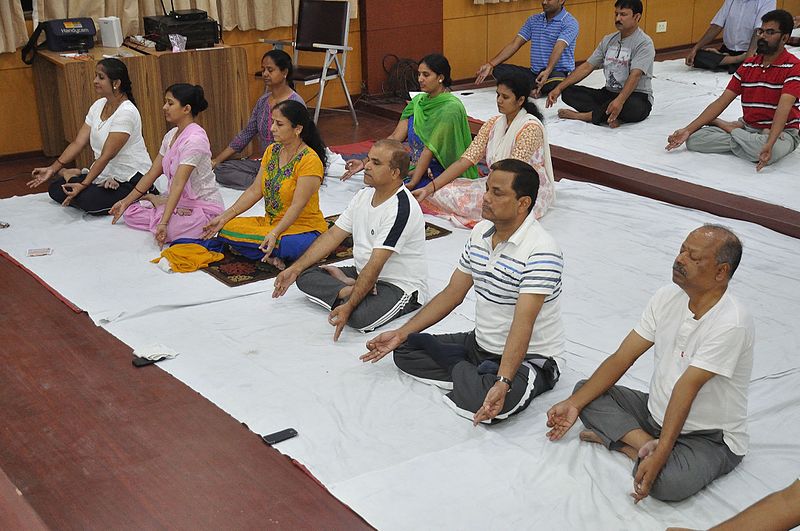 Kapalbhati of course dates back to the Yoga Sutras of Sage Patanjali, but recently its popularity has been revived by the work of Ramdev Swamiji.  Kapalbhati is part of Ramdev Swamiji’s set of 6 pranayamas and the practice of this set has spread like wildfire across India as well as the rest of the world.  Kapalbhati, in my view, is like the corner stone of this set and many of the absolutely unbelievable benefits that practitioners have been getting from practicing Ramdev Swamiji’s set, I am sure, can be attributed to this powerful breathing exercise.

Below are the details of Kapalbhati Yoga Pranayama.

If you feel dizzy or nauseous you should slow down the force and pace of Kapalbhati pranayama or stop entirely and return to normal breathing.

To practice this breathing exercise sit up in a comfortable position, cross legged is best.

Once you feel comfortable with the Beginner’s version of Kapalbhati Yoga Pranayama, perform the breathing exercise with more force if possible and also increase the number of repetition per round to 50.  You may also prefer to do a single round, but, with many more repetitions instead (up to 5 minutes worth)

Build up to doing this pranayama for 15 minutes straight or equivalent number of rounds with more repetitions per rounds.

The power of the mind has been well documented, you are read about some of  it’s incredible capability in this article Mind Power to Manifest Intentions & Desires Instantly, so use your mind to help you accomplish that which you have intended and unleash the full potential of Kapalbhati Yoga Pranayama.