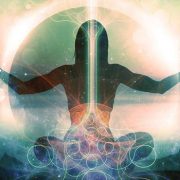 Are you going through a kundalini awakening episode or experience?  Let’s find out…

Kundalini awakening symptoms are truly a very intriguing subject.  Really there is no correct answer to the question, “What are the symptoms of Kundalini Rising?”, as thankfully, each of us is absolutely unique and thus, on a unique trajectory on the path to Kundalini Awakening.  That said, there are some common kundalini experiences that are often reported, which I would like to share with you in this article.

Although we can draw up endless lists of symptoms from third party accounts, I would like to instead make this series about kundalini symptoms that you or I have actually experienced.  In this article, I will give a recent account from one of my students about what she experienced shortly after class, and then I will add my own kundalini experiences and observations as well.

In the comments section, I encourage you to add any kundalini awakening experiences or symptoms you have felt, so others can better understand what they might be going through.  Here is the recent email I received from my student, Aida:

I am a student of the “Gentle Kundalini Class”. I just finished taking a series of exercise specifically for the spine.

As I left the class I felt energized as I usually feel after each class, but this time it was a little different, I was feeling extra aware of my surrounding. Like a light turned on. My back was so straight. It lasted all day.
If I could go to class every morning I would go. It makes my day start right in every way. And there are times when I am not feeling like going to class and I push myself to go and do not regret it.
Thank you for being my teacher.
Aida D.

For those interested, here is a link to the Spinal Warmup Kundalini Yoga Kriya we did in class that day.  Thank you Aida, for sharing your personal experiences with us.

Aida’s experience points at the two things that all yoga and meditation boils down to.  Energy and Awareness.

My favorite description of Kundalini Yoga is, “The Yoga of Awareness,” and as you see from her account, she felt more aware, as the energy of kundalini had risen up her spine.  In meditation, it is the same.  The demand for intense awareness, in order to comprehend the thought process via direct perception, leads to energy (kundalini) rising up and elongating the spine.  Awareness then follows.

Jiddu Krishnamurti describes this experience of kundlaini energy flowing up the spine as “The rush of water filling up and thus causing a pipe to stand erect.”

When we insist that the spine be straight during meditation, it is simply to facilitate this awakening and thus, to assist in being more aware.  I have experienced kundalini rising and puling up with such force, during meditation, that it sometimes make me feel as if I am going to be launched right off the ground or as if it’s going to pull my head off and up into the sky. 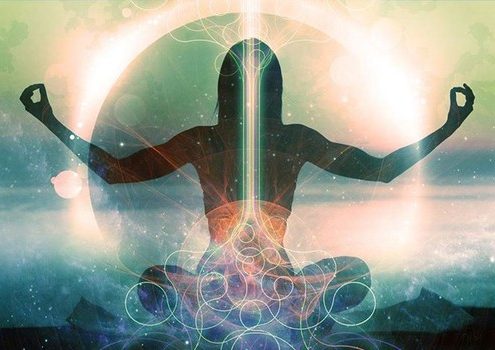 I am going to describe some of the physical symptoms my students or I have felt due to kundalini awakening.  I know there are many emotional and mental symptoms as well, and you are welcome to share those with us in the comments section below.  I am grouping the experiences into 3 categories, common, uncommon and rare, according to what I have observed.

There are of course a wide range of transcendental experiences, some of which you will find described in the category Spiritual Enlightenment Experiences.  Above, I have provide those that are more commonly associated with kundalini awakening, although many would argue, including Swami Vivekananda, that all enlightenment experiences have to do with kundalini entering the brain region in some capacity.

So if you have experienced some kundalini symptoms as well, please do share them with us below.  I think it will benefit others identify if what they are going through is actually symptoms of the ever mysterious kundalini awakening.