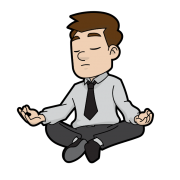 This is going to be a 2 part series and although the focus is on time management to promote spiritual evolution, I think what you will discover this approach to be very helpful to you in all areas of your life.

It’s been some time since we paid a visit to our lazy yogi friend, Yogi Ponchie (see Spiritual Stories category or spiritual stories tag for more adventures of Lazy Yogi Ponchie), and I think the following little escapade from his life, will illustrate well the first point I want to make regarding spiritual time management. 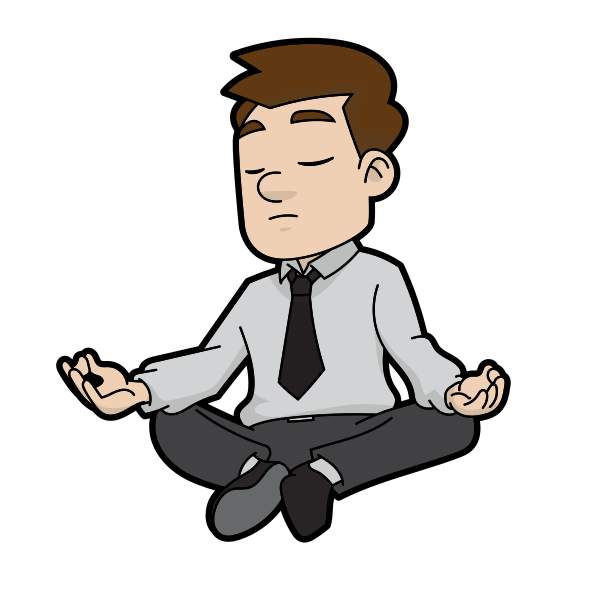 Lazy Yogi Ponchie & The End of the World

Our little story begins on a beautiful moonlight night, where we find our lazy friend in his favorite spot… in bed.  Yogi Ponchie had completed his nighttime routine, which is a big ask for this laziest of yogis, and had finally curled into bed, under layers of cozy blankets, to get some delicious shut eye.   Unfortunately, just as the sweetness of sleep was about to descend, Yogi Ponchie’s inner voice sent him a disturbing reminder,

“You had to turn on the front porch light, so Dad would not have a hard time unlocking the front door!”

“Oh Damn!” thought Ponchie.  “Just when I finally got comfortable and was about to fall asleep”.  Ponchie struggled with his conscious, then finally decided to make his way down.  When he opened his eyes though, he saw the moonlight streaming into his room and smiled.

“Oh dad won’t need the light tonight, it’s a full moon and it’s like daytime out there,” and so he convinced himself to get back to the most important project of the day, sleeping.

By the time dad arrived though, dark clouds has covered the sky and the great beauty and light of the moon was nowhere to be seen.  An angry father then went about rummaging through his bag, and then sifting through his keys, kicking the door in frustration, as he struggled to endlessly put the wrong key in the hard to find little keyhole.

Just then a good neighbor looking through his window saw the shadowy figure pounding the door and fiddling with the lock.

“Theif!” he thought, and as any good neighbor would, he promptly dialed 911.

Sargent Jack was on duty and upon getting the call, he, like any good cop would, hit his sirens and sped towards Ponchie’s house.  The siren, which he cranked up at the traffic light, unfortunately woke Dr. Crawford, who could then not fall asleep again.

Ultimately, the whole misunderstanding was cleared up at Ponchie’s house and a very grounded Yogi Ponchie returned sheepishly to bed, but, being an expert at sleep, was snoring away at no time… very unlike a irritated and wide awake Dr. Crawford.

Now the story gets really interesting…

The next day, an assassination attempt took place on the President of the country, who was rushed to the hospital, where the elite surgeon, Dr. Crawford was asked to save the President’s life.  A sleepy and tiered Dr. Crawford failed!  The hostile neighboring country, who had launched the assassination attempt then promptly declared war.  Unable to organize itself fast enough without it’s commander in chief, Yogi Ponchie’s nation launched nuclear missiles, and received the same is retaliation.  The world came to an end.

Analysis of Yogi Ponchie & The End of the World

What is the moral of the story?  Do what needs to be done right away without making excuses.  This is a great lesson to learn when it comes to living spiritually.  You job is to do the very task that is right under your nose right away.  That’s it.

Life places in front of you what needs to be done.  Do it!  Don’t delay, don’t debate, don’t make excuses, don’t over think, act.  If you don’t act, you may not cause the end of the world, but you will create blockages in your life.

Your inner voice constantly reminds you of what needs to be completed.  Not taking heed, and ignoring or getting out of these responsibilities, causes the following three problems.

Problems Caused by Not Acting Right Away:

Opportunities that may have been lined up for you are lost.  Often by completing some tasks, we open the door to certain opportunities.  These can be lost by not acting in time.  Return that phone call, go to the gym, email your friend, do what life has indicated you need to do, so that the doors that are meant to be opened, open.

We saw what happened to Ponchie’s world.  A chain of events can be triggered by your actions, or inactions.  So heed your inner voice and do what you know you need to get done, right away.  It is very possible that not you, but others have to suffer because you did not carry your load in time.  I know you don’t want to be responsible for World War III :-).

Along the same lines, I often notice that tasks not done in time, can often create much bigger problems, is left to fester.  Like that glass left on the dinning table, that then gets knocked over by the kids and creates a big mess.  I see such consequences all the time.

As the list of tasks accumulate, you start to get dragged down by the weight of these pending duties.  You don’t feel very light or energetic and it eats away at you subtly from inside.  When you clear your slate, you not only feel energized, but you make room for your life to move forward and for new pathways to open up.  Otherwise, you start to stagnate.

The one very good thing about this technique is that it creates it’s own momentum.  In other words, the more you are on the ball, getting things done, the more energy you will find yourself having and the more confident and ready you will feel when the next task arrives.  So just get started.  In any moment when a task pops up for you to do, remember the Nike commercial and Just Do It.

In part 2 of this series, on spiritual time management, we will pay a visit to No Wind Monastery, where I hear Zen Master Blumise has gone crazy and is running around slapping everybody.  Now I wonder what that is all about?

The Zen of Time Management
Scroll to top