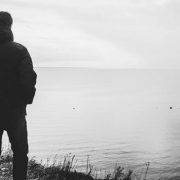 In many African nations and other countries around the world there are tests one takes in order to graduate from youth and officially be declared a Man.  These examinations include all kinds of rituals, everything from piercings, to brandings, to performing in a hunt, etc.  In America here, we too have an examination, and let me tell you it is no less challenging than what the rest of the world puts their youth through.  Today, I graduated and can finally now can be anointed A MAN.

It happened on my way to work.  I was humming along on the New Jersey Turnpike, enjoying my time alone and playing with Kundalini.  I was spinning Ajna and just generally enjoying the beautiful sights and smells of the refineries that line our Garden State and all seemed good.  I even came upon quite an amusing sight, when I saw a hefty pickup hauling a big boat.  The big boat was called, of all things, “Shavasana”, which means “Yoga Corpse Pose”.  Interesting for sure, Yoga is really becoming mainstream I thought.  Little did I know that so ordinary a day was soon going to become the day of my big examination, today my manhood was about to be tested. 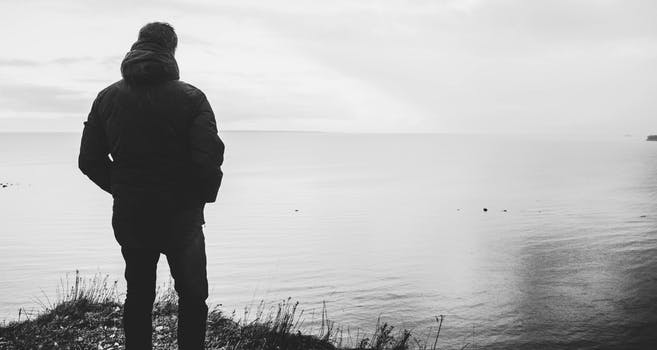 Now some might say come now Anmol, you have accomplished much already, surely it qualifies as enough to promote you to Manhood.  Materially speaking, you have a successful job, have achieved the American Dream of owning a house with a white picket fence, a beautiful wife and lovely kids (btw: my wife dismantled the white picket fence and now much to my alarm is thinking of overhauling the front yard!).  On a spiritual note, you have met God, realized the non-duality of Reality, even seen the great Akashic Records, what more could be required.  But deep down I knew I was not yet qualified, that I had not yet graduated.  I was still to pass the American Test of Manhood.  And then it happened!!!!

As I approached the NJTP toll plaza…  I blew a tire… got a flat… had a puncture.  Holy crap!  I knew instinctively that the time of my reckoning had finally arrived.  Often, I would see other men grappling with this final examination and knew someday my turn would inevitably come and now was my time.  This test always comes unannounced, it comes with a Bang!  Was I ready?  Would I pass? Could I handle it?  Can I achieve Manhood?  A million questions exploded in my mind.  I watched them all.  I told myself to relax as I pulled over, it was time to find out.

Owner’s manual… check, jack… check, wrench and other tools… check.  Where is the damn spare tire though?  No check.  Turned out is was underneath the SUV and only after reading the instructions 20 times I figured out I had to pop the plastic panel in the luggage area to get to the mechanism that lowers it.  Finally… check.  Then came part 2 of the test.  A black and white pulled up behind where I had parked.  Having attended very strict Catholic Schools during my formative years in India I had naturally developed a fear of authority.  But much to my surprise, the officer appeared to be just like a friendly fellow human being.  Another mini side test, the fear of authority, passed… thanks to Meditation.  But now it was time for part 2.  Part 2 was when the officer informed me I could escape my test by called the Turnpike Authority.  All I had to do was dial #95 and for a mere $20 – $30 bucks I would not have to take the test.  I thanked the friendly neighborhood state trooper and said I would like to earn my diploma today and would skip the test only if it looked like the SUV was going to fall on my head.  So far so good.  I had remained calm in the face of the challenge and chosen not to escape.

So there I was pouring over the manual, dusting off the spare, making good headway, but knowing well enough that soon it would be time for part 3 and then the critical part 4.  Now part 3 folks, is jacking up the car.  No easy ask, but put a gizmo here and another gizmo there and do the hokie pokie and voila, you are doing what would make Hercules proud.  But then comes part 4.  If you can’t do part 4, you don’t  get to walk during graduation.  This is the key part.  It is Man vs. Nut!  Who will win?  This can be a moment of great embarrassment.  After all, I was on stage in full view of all of NJTP rubber-neckers.  I watched my reactions carefully.  Could I loosen the nuts that held the flat tire?  I attached the wrench, thumped my chest, got down on my knees and gave a mighty push.  Hmmm… what was that number again?  No, no number… I will persevere.  Think clearly, clockwise… counter-clockwise… yup… ok… check.  Time to use my soccer skills.  I stood up and gave the wrench a few good kicks, which Pele would have been proud of, and as the nut turned… a manly smile crossed my lips.  My hands were greasy, I had broken a sweat, my knuckles were scraped and finally my spare was on.  I had graduated!

I called my Dad right away, we discussed next steps — man to man.  I knew he was proud.  His boy had grown up.  The rest of the day, I walked around like John Travolta, Stayin’ Alive playing on and on in my head.  So when it is time for your test, remember the key points: Stay Relaxed, Don’t Escape, Watch Carefully and Persevere.  I am sure your will pass as well.  By the way, the graduation party is at my house next Friday, all are welcome.

How to Escape Your Suffering – The Blind Man vs. The Cripple