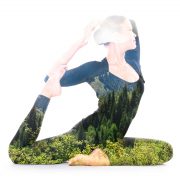 You can read Chapter 1 and Chapter 2 here – Yoga Sutra – A Seeker’s Story Part 1. 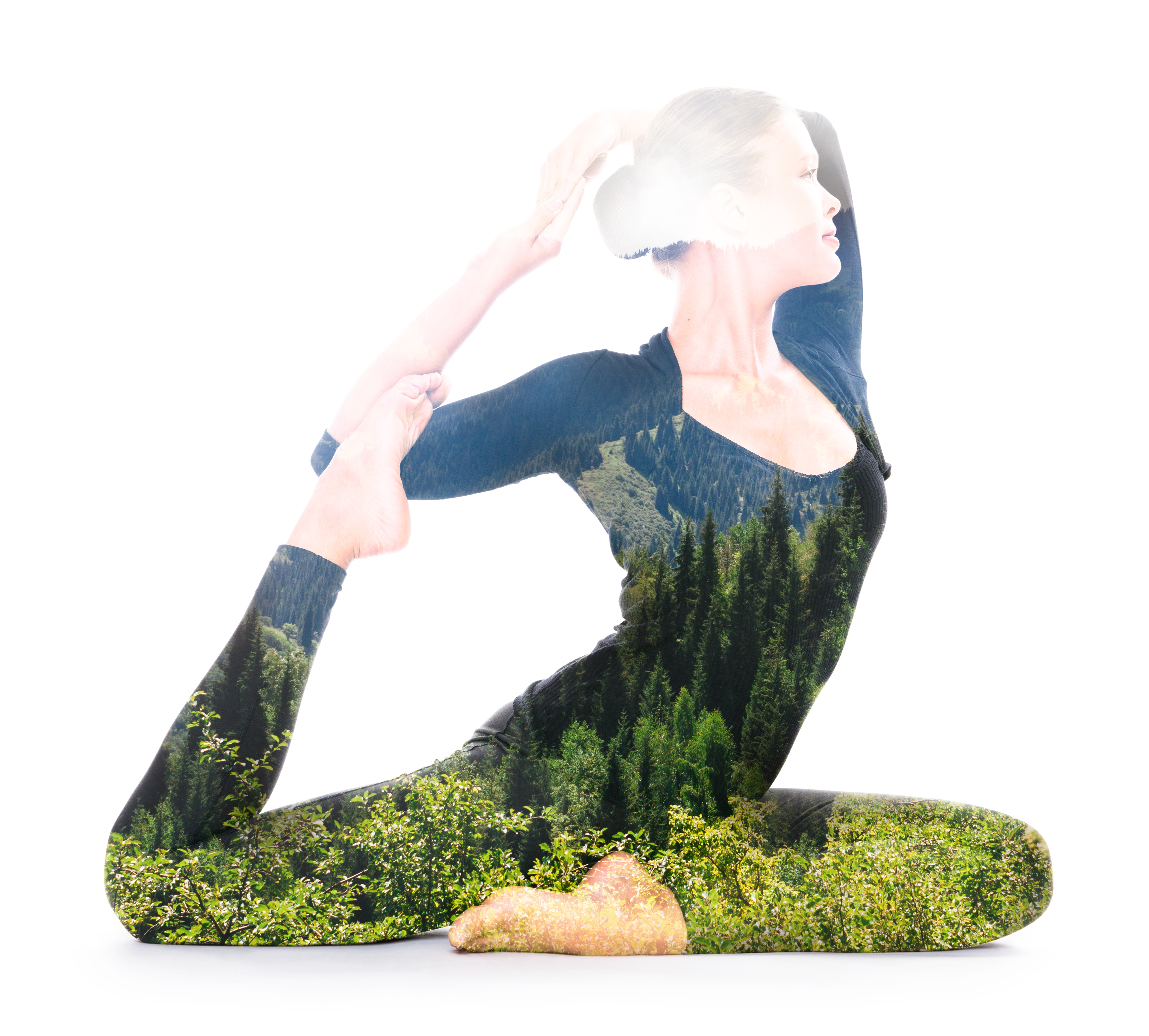 The next day came and still in my relaxed state of mind I strolled up from the lake to the temple ruins where I was to meet the yogi. I loved every second I spent by that lake. Something about it made me feel very tranquil. And now I was off to visit the mystical temple ruins nearby.

As I approached I saw the yogi supporting himself just on his hands with his knees bent over his elbows and feet raised behind him and touching each other.

‘What is that you are doing?’ I asked him.

‘Well I can see that!’ I had seen some yoga being done back home in England and obviously recognized that that is what he was doing.

‘Yes I know yogi ji’. I had learnt that in India if you add the word ‘ji’ to the end of someone’s name or title it gives them a feeling of respect and I did not want to be disrespectful to this seemingly knowledgeable man.

‘Okay so these yoga postures help me feel both mentally and physically healthy. Do you understand?’

‘That is right. And that is why I practice the postures of yoga.’

‘What is your name?’ the yogi asked me.

‘Thanks. What is your name?’

‘That is not important right now. Okay so you said you had some questions?’

Strange reply I thought. I wondered why he didn’t want to tell me his name after all I was just trying to be friendly. But I did not want to be rude so I did not ask.

‘Yes I do have lots of questions’ I sighed.

‘Well would you like to know if there are answers to your questions in the philosophy of yoga? After all you have come to India.’

‘Yeah sure – but I thought yoga is all about standing on your head and doing funny looking postures?’

‘Hey Jake it has a philosophy too! You have never heard people say that yoga means union and yoga is spirituality?’

‘Yeah sure I have but I have never heard them explain what they mean by it. Okay so what is yoga then my friend?’

‘Well what is yoga to you Jake?’

‘Hey come on all I know so far is that it is a philosophy and that there is something spiritual about it and that you do some funny postures. I wanna know more.’ I told him enthusiastically.

‘Okay well then I will tell you more. All the answers you have given so far are correct Jake.’

‘That is a nice concept but hey we are all individuals.’

‘Yes we are separate physically but on another level, a spiritual level, there is something that connects us all.’

‘Yes it sounds nice to feel that we are all connected and what it means is that effectively we all move with the same energy. One way of looking at it is to say that there is something very deep inside me tha is very deep inside you as well.’

‘Hmm nice so what is this energy called?’

‘It is called prana. We will talk about prana later. But what you need to understand right now is that Yoga is not just postures. There is so much more to it than that. There is a philosophy, an understanding of morals – that is good behaviour. By this I basically mean being nice. The philosophy of yoga also teaches that you should have a deep understanding of yourself and of your connection to others.’

‘That does sound interesting!’ I exclaimed.

‘Cool so yoga actually is a philosophy, a way of thinking.’

‘Yes it is Jake, it is a very ancient philosophy that is older than all the religions in the world. Yoga philosophy itself stems from some of the oldest philosophies in the world. It is said by some people that the Buddha himself studied yoga.’

‘Very nice.’ I replied. I was kind of aware of the fact that India had one of the oldest civilizations in the world so I guessed it stood to reason that the philosophy was an old one too.

‘You need convincing do you?’ The yogi smiled cheekily. ‘Okay Jake when someone is sad around you do you not feel sad?’

‘And when they are happy do you not feel happy too?’

‘So then does it not stand to reason that you are connected by your feelings?’

‘Hm ok that makes sense.’ I said. I could start to understand now what he had meant. I have always felt a connection to other people’s feelings.

‘Okay’ he replied. ‘We will talk about this connection more over the next few days. We will meet again here tomorrow and think of another good question hey Jake!’

I said goodbye, went back to my lake and then strolled around the little village feeling the sense of peace and happiness of the people there. People were much poorer than people back home in England but definitely so much happier. There was something in the culture of this village that I wanted to learn.

I went back to the house where I was staying and the lady of the house, Mrs Rai had prepared a lovely meal. The shopkeeper was right about her cooking.

I, in turn, wanted to know so much about India from them. I had always wanted to know where India had got its name from. Apparently it is named after a valley called the Indus Valley where there was an ancient civilization who were the ancestors of the modern Indians. We talked a lot about Indian history.

I kept saying how lovely their children were and I loved the fact that the Rais were such a close family. We got onto the subject of my family as they wanted to know if family relationships were the same in England as they were in India. I told them about my dad and how strict he was and about my mum and how sympathetic she was. They asked if my mum liked to cook. I could not help laughing at that point. It was obvious to me that cooking was a big part of Indian culture. To be honest my mum liked cooking and occasionally ventured as far as baking a pizza but could not cook as well as Mrs Rai and I told them that. I had to to tell them that my mum’s food was very boring compared to their food.

They wanted to know if I had brothers and sisters. I could tell at this point that family means a lot to people in India. I told them about my younger sister who was a geneticist back in London. I told them that when we were kids we were always fascinated by the idea that so many of our characteristics, our physical features come from our parents. They had not heard the word genetics before so I had to explain this to them.

That night after dinner and before I retired to bed I thought a lot about the words of the yogi. The philosophy of yoga teaches that we are all connected and that evening I could really feel the connection. When we meet new people we are always so keen to learn about them. I could feel the natural warmth of this family I was staying with, and of the yogi too. There is definitely a union or connection between all of us I concluded to myself.

[Hope you enjoyed this chapter on What is Yoga? and stay tuned for Chapter 4: Creation next week]

Namit Kathoria is a trained Clinical Pharmacist and master Yogi . He combines this vast knowledge of health and healing into the yoga that he teaches.  He currently holds yoga retreats in Spain at Yoga Sutra Shala in Sayalonga. To read more please visit www.retreats-yoga.com.

Inspiring Spiritual Quotes of the Week

What are the Benefits of a Home Yoga Practice?
Scroll to top