Today we will share some wonderful Kabir Quotes with you to get you inspired for the week ahead. These quotes are designed to remind us of the deeper truths of life, as well as inspire and uplift you.

Kabir was a mystic poet who lived in India in the 15th Century. His writings greatly influenced one of the paths of yoga – Bhakti. Like Krishnamurti who came centuries after him, Kabir was a spiritual man who condemned dogma. He also protested social discrimination like the caste system and economic exploitation.

Instead of elaborate rituals or enlightenment through following an guru, Kabir preferred reverence for the inner guru and a simple, spontaneous path to the Divine. You’ll see this expressed in the quotes below.

Interesting, for a poet, Kabir was illiterate. He composed his works orally, and they were written down by his disciples. It’s difficult to know if all the works attributed to him were indeed written by him.

Kabir has enjoyed a revival in the last fifty or so years – he’s one of the most popular Indian Saints because his works are more accessible and easier to understand than some of the others :-).

Here’s an image of him on a postage stamp from the 1950s.

You will find some more great quotes and inspiration on our facebook FAN page here.

“Many have died; you also will die. The drum of death is being beaten. The world has fallen in love with a dream. Only sayings of the wise will remain.” – Kabir 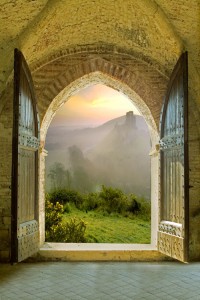 “…But if a mirror ever makes
you sad
you should know
that it does
not know
you.”  – Kabir 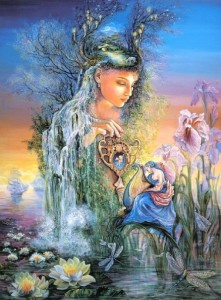 “If you want the truth,
I’ll tell you the truth:
Listen to the secret sound,
the real sound,
which is inside you.”  – Kabir 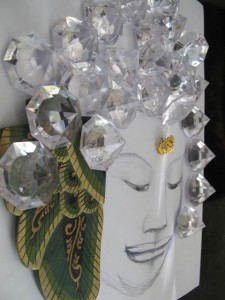 “The river that flows in you also flows in me.” – Kabir 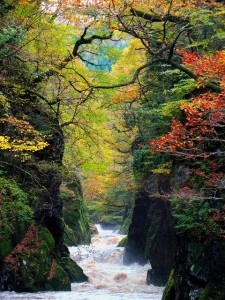 “I laugh when I hear that the fish in the water is thirsty.

You don’t grasp the fact that what is most alive of all is inside your own house;
and you walk from one holy city to the next with a confused look!

Kabir will tell you the truth: go wherever you like, to Calcutta or Tibet;
if you can’t find where your soul is hidden,
for you the world will never be real!” – Kabir 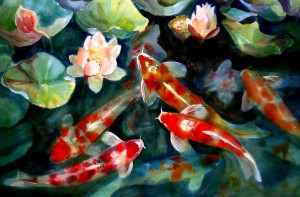 I hope you enjoyed these quotes from Kabir as much as I did!

The Jewels of a Home Yoga Practice: Staying with Discomfort