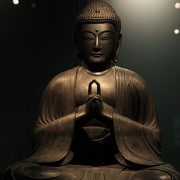 To bring about the molecular/cellular change to the brain and have it work par excellence is the secret to having the organism function at its highest potential and return to its natural, completed state.  The first 2 parts of this series provided; meditations for honing the senses and a master pranayama set for refining and vitalizing Kundalini energy. We now come to the part that works to ignite insight which brings the profound changes to the brain.  The pranayama set, of part 2, begins this work as well but the real catalyst for transformation is insight.  So how can we set the stage for the explosion of insight and cellular change to occur?  Let us find out… 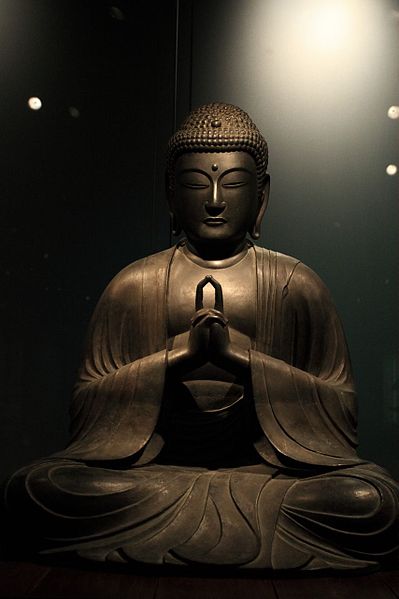 Let’s first clarify what we mean by insight.  Insight is not understanding reached using logic and reason.  It is not the product of analysis and thinking.  By insight, we mean instant comprehension via direct perception.  You see it and you realize.  The realization may be framed by thoughts and words concurrent to its occurrence, but is not a product of that.  It is objective and impersonal.  It is immediate and not a function of time.  It is clear and free of doubt as it is not an argument or other conclusion requiring evidence to support.  Below are some famous examples given to illustrate these points.

In eastern philosophy the example often cited to describe insight is one of the stick, which looks like a snake.  If you were walking along a path and were to see a snake you would be alarmed and fearful.  If, upon closer inspection you saw that it was actually a stick, all tension would evaporate and you would probably have a big laugh.  The seeing and understanding of the false (snake) in the fact (stick) and the immediate relief is insight and its action.  Similarly, the example of a cliff is given.  If you were walking along and suddenly came to the edge of a cliff, you would not hesitate and just stop dead in your tracks. Seeing the danger would be immediate and the action too would follow spontaneously.  From these two examples one more component of insight is revealed – that the resultant action it has is coupled directly with its occurrence.  There is insight and immediate action resulting from it.  Let us now explore insight and its action with regard to the brain and thinking.

In Part 1 we said that the continuous self-centered activity was the root cause preventing the organism from reaching its full potential.  This continuous struggle is due to unending desire.  As long as desire is functioning the organism is under stress to achieve some future state.  With desire always comes suffering.  If desire is there, there is discontentment, as desire means something is lacking, missing- yet to be attained.  The problem is that desire is not extinguished even if we achieve the goal, as instead it just finds a new goal to pursue.  Thus the sense of incompleteness never ends and we remain trapped in endless effort.  In turn, this effort drains our energy, which would otherwise be harnessed by the brain to complete itself and reach its full potential.  What can be done about this?  Nothing.  For to try to do something is still within the pattern of motivated action and keeps the energy trapped.  Insight is seeing this whole thing clearly, like seeing the edge of the cliff.  So the mind/thought, upon inspecting itself closely, sees that any willful action on its part perpetuates desire and thus suffering, so like seeing the danger at the cliff, which spontaneously acts on one to stop, the mind upon seeing the danger of ambition stops itself.  This then frees ones energy, which was so far being lost in the conflict between what is and what should be.  This energy then goes on to work on completing and unleashing the full capacity of the brain.

The details of this meditation, the igniting of insight, is described in “The Silent Mind Meditation Program: Chapter 12 Silent Mind Meditations” but I am going to summarize the essence of it here as well.  I suggest though that you read that chapter, as it provides much more detail, which will be helpful to you in your practice.

To do this meditation, sit or lie absolutely still with your eyes closed.  Then begin the meditation of listening to sounds as described in part 1.  Once you feel thoughts have lost some of their momentum and the mind is a little quieter, gather up all your energy and start to watch your thoughts as best you can.  The objective is to see and understand the entire story behind each thought as it occurs.  Understand the hidden or obvious motive, the goal you are being seduced by, the implication of time and self-centeredness, etc.  Initially you may find this difficult, as thoughts are very quick and you will be missing most and grasping just a few, but don’t worry keep at it.  To grasp and comprehend swiftly will require acute attention and sharp intelligence.  Remember we are not analyzing thoughts here; we are seeing thoughts and trying to comprehend them entirely as they occur.  As you keep at it, the intensity of your demand to comprehend, will slow the mind down bit by bit and by and by thoughts will start of reveal themselves.  Concurrently, this practice will also greatly improve your awareness and intelligence.  Thus, the mind will slow, awareness and intelligence will be honed, and more and more energy will be harnessed, as instead of participating in psychological effort you will be taking a position of a keen, passive witness.  Keeping at it, will bring you to the remarkable occurrence of insight as suggested previously, where the mind will see itself as the root cause of its own suffering and stop.

Let me tell you this is not easy.  It is arduous.  Not complex, but arduous.  Sometimes when I sit and am fully zoned in, fully integrated and applied, I wonder who the hell is going to do this.  I wonder if there is any point in telling others about it, for the requirement is stiff.  I think, no way others would be able to devote themselves in this manner.  Fall repeatedly back into their thoughts and get up again to fight the next day with the same passion and zeal.  No way others have the fortitude and abiding passion.  I hope you prove me wrong.  I hope you sit your butt down on a pillow and wage war like there is no tomorrow.  I hope to hear from you, that you went after it with all that you are, you threw everything and the kitchen sink at it, maybe the explosion of insight occurred or maybe it didn’t, but you were up the next day fully armored with the sword of intelligence drawn and ready.  If you do that much I would be so proud to call you my friend.

The Urban Monk has included this article (Brain Development and Enlightenment Part III: Insight Meditation) in the Personal Development Carnival Edition 3 on March 25, 2007.  Furthermore he says, “My favorite would have to be the Meditation article by Anmol Mehta.” :-D.  Thanks to the Urban Monk for his kind words.  You can see it and find other great articles on his website The Teaching of the Urban Monk.

This article (Brain Development and Enlightenment Part III: Insight Meditation) has been selected to be a part of the Carnival of Powerful Living edition which is hosted by Verve Coaching.  Head over there to read more great stuff on Powerful Living.

Thanks to Shaheen for selecting Brain Development and Enlightenment Part III: Insight Meditation to be a part of the Brain Blogging Carnival Edition 3. Head on over to Brain Blogger to read more great articles related to the brain and mind.

Brain Development and Enlightenment Part III: Insight Meditation has been selected to be a part of the Esanga Newsletter which can be found on The Middle Way blog.  Head on over there to read more great stuff on Zen and Buddhist teachings.

Thanks to the Laura for selecting Brain Development and Enlightenment Part III: Insight Meditation to be a part of the March 25th Edition of the Personal Development Carnival. Head on over to The Dragon Slayer’s Guide to Life to read more great stuff on personal development.

Thanks to Lynn for selecting Brain Development and Enlightenment Part III: Insight Meditation to be a part of the April 1 Edition of the Carnival of Metaphysics.  Head on over to The Mystical Realm to read more great stuff on Mysticism and Spirituality.

Thanks for Ainslee for selecting Brain Development and Enlightenment Part III: Insight Meditation to be a part of the Philosophers’ Carnival.  She has done a great job in presenting this edition.  Head on over to Ainsleehooper.Blog to read this edition and other great stuff on philosophy and self knowledge.

Enlightenment via “Who Am I” Advaita Vedanta Meditation (Neti N...

No Short Cuts to Enlightenment
Scroll to top