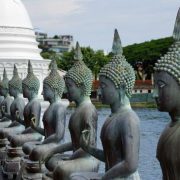 It is always great to learn about various meditation traditions from around the world, and today I would like to present the following guest post from Axel on the excellent Thai Buddhist Forest Tradition.  Axel was an actual Buddhist Monk, so it is great to get his views and insights into the Buddhist meditation traditions.  You can get more great wisdom and knowledge from his great meditation website, Axel G.

If you would like to be a guest author on Mastery of Meditation and Yoga, please email me at anmol@anmolmehta.com. 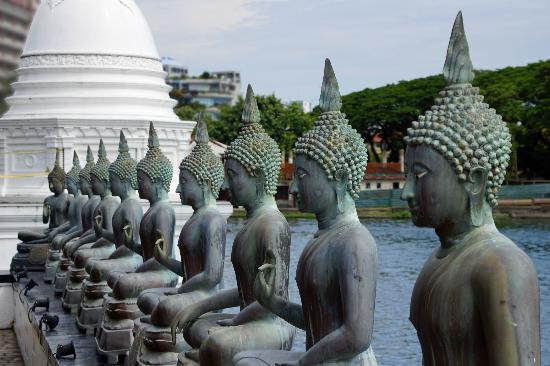 The Thai Forest Tradition – Thai Buddhist Meditation At Its Best

Many meditators spend years looking for the right tradition, meditation technique and teacher. In this post you’ll be introduced to the Thai Forest Tradition, which is the very best Thai Buddhism has to offer meditators that are serious about their meditation practice.

I’ve stayed in a number of forest monasteries and recommend the Thai Forest Tradition without reservation.

The Thai Forest Tradition In Thailand

There are thousands of Buddhist monasteries round Thailand, most of which are located in villages and towns. We could call these temples city monasteries. The monks wear the classic bright-orange robes and devote a lot of time to Buddhist studies and chanting at religious ceremonies.

The Thai forest monasteries on the other hand, are nestled in peaceful forests and mountains. The monks wear yellowish brown or reddish-brown robes and follow a strict code of discipline. Often times they are only allowed one meal per day, unlike the city monks who enjoy both breakfast and lunch.

Traditionally, the Thai forest monks lived under trees and in caves. Most of the time they practiced alone in nature. The monks also spent months or even years walking mindfully across the country. The walking practice is called tudong. Yet things have changed, today most forest monks live in comfortable monasteries. They still practice in nature, but only some of them go on tudong.

In short, the objective of the meditation practice is to become more aware of bodily sensations and thinking, which in Buddhism is referred to as the six senses. This is the path to enlightenment…

Thailand has been blessed with many outstanding forest monks over the years, but a master called Ajahn Chah is the one that has meant the most to the Thai Forest Tradition in the west. Not only did Ajahn Chah establish the first English-speaking forest monastery in Thailand, he was also the one that brought the tradition to the west.

The Thai Forest Tradition In The West

The Thai Forest Tradition took root in the west in the late 1970s. So, regardless whether you live in North America, Europe or Australia – there is no need to travel very far to experience the real thing. Moreover, almost everything at a Thai forest monastery is offered free of charge. The monasteries provide room and board for male and female visitors that would like to spend some time in the community, which could be anything from one day to several months. Living at a Thai forest monastery is obviously the best way to get established in your meditation practice.

There are hundreds of free meditation talks and ebooks by forest monks available online. I particularly recommend any resources by a senior American monk named Ajahn Sumedho.

Axel Gjertsen is a former Buddhist monk and lives in Thailand. He runs axel g which is a personal development site with a focus on meditation. Learn more about The Thai Forest Tradition and meditation on his website. Feel free to email Axel if you have any questions about your meditation practice.