Our popular contributor Kara-Leah looks at the importance of surrounding yourself with a supportive community of friends – people who understand the spiritual path and can help you along it with honest and compassionate feedback and support.

by Kara-Leah Grant, Author of Forty Days of Yoga – Breaking down the barriers to a home yoga practice.

I love books – and I especially love yoga books. I’ve even written one of my own :-). My library is mostly made up of yoga books, and I refer to them again and again. Here’s a selection of my favourite yoga reads. 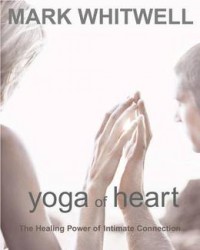 Yoga of Heart: The Healing Power of Intimate Connection by Mark Whitwell

Join Mark as he takes you on a journey through the intimacy of yoga practice – how it’s designed to help us connect with each other too, not just with ourselves.

This exploration of yoga as relationship goes right into looking at intimacy and sex as they apply to yoga. He describes sex as a vinyasa and suggests that love-making could also be seen as a daily spiritual practice.

Marks also looks in-depth the relationship between a yoga teacher and a yoga student.

He’s pretty damning at times on the way that yoga has been taught over the years – describing B.K.S. Iyengar’s teaching as ‘gymnastic anatomy with scant regard for the principles of yoga’ and describing K. Phattabhi Jois’ asana sequences as ‘being taught out of the context of the full yoga story’.

Popular teachers are running competing businesses with arbitrary boxes of information and goals. Claiming authority, they have pushed exercise systems into the market and called them yoga. Much of it is misinformation or very partial information out of context of the whole story. They… exploit people’s gullibility and good will. These systems create fixed patterns in the body and mind, and, at worse, cause physical and psychological injury and addiction. 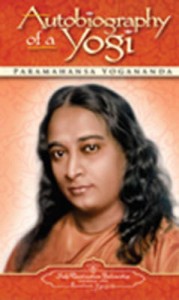 Autobiography of a Yogi by Paramahansa Yogananda

This is a break-through, must-read, buy-it-now book.

It’s so damn good, that whenever I stumble across a copy in a secondhand book shop, I buy it, because I’m always giving away the copy I own.

This guy will blow your mind. A university graduate, Paramahansa Yogananda spent over thirty years living in the West. He was one of the first great yoga masters to come over from India.

In this book, he tells the tale of studying with his guru – and a fantastical and magical story of expanded notions of reality it is. There’s everything from dematerialising gurus to an old woman who doesn’t eat or drink but just lives on prana, to fulfilled prophecies of illness and disorder and remembered previous incarnations.

Yet it’s inherent groundedness and practicality makes one think that maybe these experiences truly did happen. Here’s an exchange between Paramahansa Yogananda (Mukunda) and his guru.

“Mukunda, why don’t you get an astrological amulet?”

“Should I, Master? I don’t believe in astrology”

“It is not a question of belief: the scientific attitude one should take on a subject is if it is true. The law of gravitation worked as efficiently before Newton as after him. The cosmos would be fairly chaotic if its laws could not operate without the sanction of human belief… All parts of creation are linked together and interchange their influences. The balanced rhythm of the universe is rooted in reciprocity.” 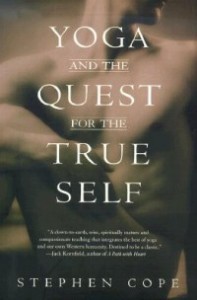 Yoga and the Quest for the True Self by Stephen Cope

Part autobiography, part exploration of the link between yoga and Western psychotherapy, this book was enormously critical in helping me to understand the yogic journey within a psychological framework.

Stephen Cope, a psychotherapist who left a practice in Boston to live, study and ultimately teach at the Kripalu Yoga Ashram, tells a damn fine story as he examines the way in which our practice of yoga affects our psyche – the ups and owns, the traps and pitfalls, the freedoms and liberation.

It’s the kind of in-depth, specialist understanding you’re unlikely to get from your local yoga teacher, and it helps to ground the spiritual journey in a Western context. Stephen also goes into great depth about the awakening of Kundalini energy in the spine – something he both witnessed and experienced during his time at Kripalu. Here’s him talking about his first experience of watching Kripalu’s guru surrendering to the flow of prana in a demonstration of the true essence of Hatha Yoga:

Ten minutes into the experience, I noticed a chance in my perception. Colours had become brighter, bolder. Light itself had become a palpable golden presence. The whole room dissolved into waves of light, particles of energy. I felt the room breathing together, moving together, pulsing and expanding and contracting. At one point, I had an experience of energy rushing up and down my spine. 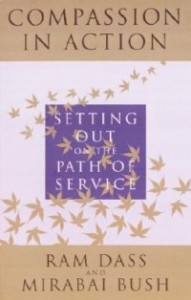 Compassion in Action: Setting out on the Path of Service

by Ram Dass and Mirabai Bush

This didn’t help… all I could see was people’s faults and weaknesses. I wanted to know where all the loving, compassionate, open spiritual people were and surround myself with them!

This book helped me understand this phase in the spiritual journey as the first half of the book is Ram Dass (who wrote the seminal ’70s text Be Here Now) talking about his journey. The second half is Mirabai Bush talking about practical steps for being of service in the world. It was Ram Dass’s journey that really spoke to me initially – especially when he tells the story of having to return to his family home at the age of 55 and take care of his ageing father.

This period of looking after Dad’s household gave me a profound sense of well-being for having the opportunity to serve my father. When Mother had been ill and dying, there was Dad to look after her – and besides, I was far too busy being an independent, self-important somebody to find time or even acknowledge any responsibility for her care. 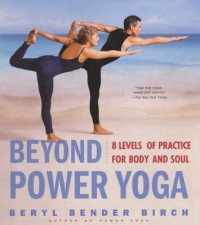 Beyond Power Yoga: Eight Levels of Practice for Body and Soul, by Beryl Bender Birch

When I first got back to New Zealand, lack of yoga meant I had to turn to a home practice. This book, and another of Beryl’s, Power Yoga: The Total Strength and Flexibility Workout, were my bibles. Not only step-by-step instruction for Power Yoga, a derivative of Astanga yoga, but also details on other aspects of yoga including Patanjali’s eight limbs.

In Beyond Power Yoga, Beryl does just that, goes beyond Power Yoga and explores her journey into yoga and to India, yoga in action, breathing, meditation and ‘leap into liberation – bliss’. She tells a damn good story, does Beryl Bender Birch (and how perfect is that name!?), using real life experiences from her own life to illustrate yogic concepts like bandha, vayu, tapas, yamas and niyamas.

I love her description of yoga as:

…going in the direction and ‘uncomfortableness’, and making it comfortable… I don’t mean going to the extreme expression of discomfort. I don’t mean torture, for heaven’s sake. I just mean slowly becoming more resilient, maybe noticing discomfort less, and requiring less comfort in your postures and in your life. And one day you will notice that, perhaps, some small level of ‘discomfortableness’ simply will not have authority over you or your experience at that moment.

This is just a small selection of many of the excellent yoga books out there just waiting for you to read.