Change, grow, transform, improve, develop, increase, advance, perfect, further, enrich, achieve, attain, accomplish, etc, etc, all buzz words today in the field of self-improvement.  All designed to entice and seduce the self (by self in this article we are referring to the ego) to buy into the program for sale.  All full of promise and hope, backed by a money back guarantee.  All striking the right tune, touching a nerve, eliciting emotion, citing examples of super human success, conjuring dreams of greatness… and sorry, all rubbish.

Let me tell a story.  Its one I have never heard and one I don’t even know.  I am about to make it up as I go along so not sure how it will turn out… please do wish me luck.  Once upon a time in a beautiful, magical kingdom far, far away called Tatkara there lived a wizard named Blumise.  Blumise would often create challenges, on behalf of King Tat, to test the Tatkarians.  One such challenge was the Challenge of the Never-ending fire.  This challenge created a lot of excitement in Tatkara for it brought with it the special reward of the hand of the princess in marriage, for he who succeeded. 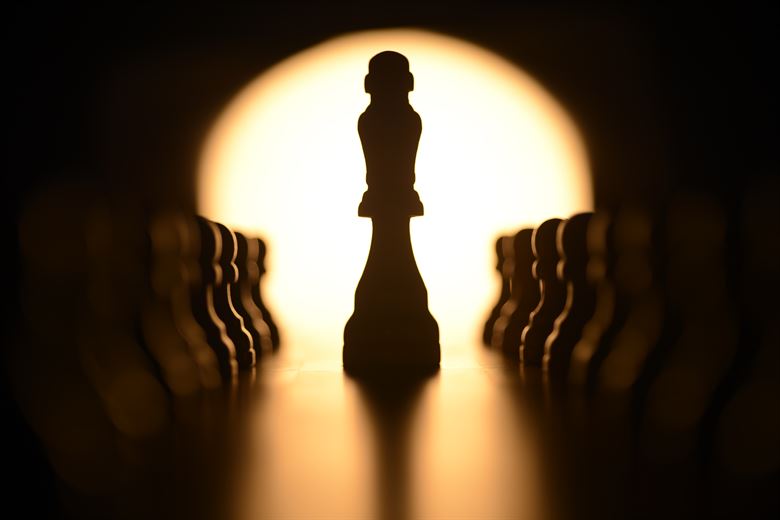 Blumise claimed that he had devised a fire which could not be extinguished by anything.  All were invited to try and all the bachelors, bubbling with dreams of becoming royalty, began making plans to show up and show off their fire fighting skills.  One such eligible was Morone Prott, no he was not quite a moron, but he was one lazy bugger.  Now, on the day of the great opportunity when all the young men, of those who managed to sleep, woke up at the crack of dawn to rush to the palace lawns as fight the fire, Morone overslept… badly.

Morone did not wake up till the golden sun was high up in the blue sky in all its splendor.  Not to worry though, having overslept countless times before, Morone went through his well honed “Late, lets get the hell out in a hurry” routine perfectly.  He perfectly forgot his lunch, forgot his cap, forgot most of the items he had collected for dousing the fire, but did remember to yell at himself to never oversleep again.

When Morone finally arrived at the great lawn the challenge was already underway and the line was a mile long.   Made up of all the dreamers with all their best fire fighting arsenals.  One by one they took their turns attacking the fire with their “can’t fail” ingredients and one by one they walked away disappointed and sweaty.  At long last, late in the evening with the wicked fire roaring came the last man’s turn – our good friend Mornoe of course.  Morone stepped up and started to rummage through his trolley of anti-fire goodies, but by now everything he had remember to bring, had already been tried in every permutation and combination possible.  The crowd looked on expectantly at their last hope, as their last hope did… well just about nothing.  Morone muddled through his precious things again, all in futility.  He looked around, stood around, there was nothing he could do.  The fire started to dim!  The crowd noticed and started to murmur. Morone, of course, stood around some more doing nothing.  Bit by bit the once roaring fire became more and more a murmur and the once murmuring crowd took over the job of roaring instead.  Soon, the fire went dead, the crowd went wild and Morone fainted in disbelief!  When all was said and done, a bewildered Morone made his way back home, reminding himself to not oversleep on his upcoming wedding day.

So there you have it.  The never-ending fire of wise ol’ Blumise, squashed by Mr. Do-Nothing Morone.  So what does this have to do with the farce of self-improvement, I have no idea.  Well that’s not really true so lets jump in and find out the relevance of this tale.  Self-improvement that we are going to discuss here is all the business that has to do with improving yourself psychologically.  You are this and by using the advertised magical system you will become that.  Most discussions and thought are given to the debate around the magical system, but seldom is the more critical and relevant question asked, “Is it possible to improve yourself”?  The answer is absolutely and positively NO.  It is impossible.  Self-improvement is all fiction – smoke and mirrors, I am sorry to burst anyone’s bubble, but the truth must be told.

To understand the myth of self-improvement one has to understand the inner working of the mind, specially desire.  What is being revealed here is not complex and a basic, simple approach is actually needed to grasp it deeply.  Desire is the movement of the self towards a projected future state.  In other words I am like this, I should be like that, therefore desire is born.  Let’s use an example to demonstrate.  I am violent and I want to be non-violent.  Thought goes to work and examines one’s violent tendency and then projects a goal state where one is non-violent and then utilizes what-ever magical system it has bought into to try to achieve that state.  What is the fact here?  Is this possible?  This is fundamentally impossible.  Why? Because to push against the state of violence is in fact more violence.  We are using the broadest definition of the word violence, meaning friction – one against the other.  So the future, desired state (of non-violence) is against the current state (of violence) and this movement, effort to change, is the essence of violence.  In actuality there is no such state of non-violence which can be achieved by the self.  There can only be more violence.

Before we proceed, I want to clarify what is not meant by psychological self-improvement.  We are not referring here to the enhancement of a skill, such as typing, music, athletics etc. and we are not referring to physical health, these can obviously be improved over time.  We are talking about all that is related to the ego, the psyche.  So does the above example apply only to violence or does it apply in the same way to the entire spectrum of psychological self-improvement.  How about selfishness?  Trying to be un-selfish is a very ego centric activity and reinforces selfishness.  Similarly, trying to become more innocent, more good, more sharp, more peaceful, more orderly, are all denied by the very ambition to achieve them.  In the realm of the self there can be no goodness, peacefulness, innocence etc. and in fact, the very attempt to improve the self in this way only perpetuates the state of greed, selfishness, dullness, disorder, cruelty, violence etc.  The ideal is an illusion – a mental abstraction – and any attempt by the self to seek it just reinforces its actual, current condition.  This endless, futile desire to change is the Never-ending fire of Blumise.

One more clarification is due at this stage.  Although I have said that self-improvement is totally fictitious that does not mean I am saying goodness, love, compassion, etc. do not exist.  I am just pointing out the fact that as long as the psychological self (ego) is present, caught in the trap of desire no real change can happen.  Do what you will, like Blumise’s fire everything will be consumed and desire – along with the current condition of the psyche – will continue to roar.  So what is one to do?  Do what Morone did – nothing.  Stop meddling with reality; just stand back and watch.  Just observe the mind!  Observe it at this very moment. Is it hoping, hunting, grasping for a solution?  It is doing what it has been so well conditioned to do, seek a magical system to try to achieve god knows what?  Be clear that any attempt to change is no change at all.  Reject all the rubbish about self-improvement, start from there.  If you can stand apart and watch, like our good friend Morone, the fire of desire will start to dim, maybe even at times disappearing altogether – try not to pass out though.

How to Meditate by Yourself (Zazen Practice)